A Letter to John 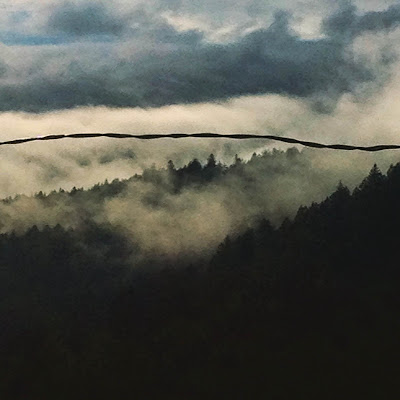 In war the dark is on nobody’s side; in love, the dark confirms we are together.
– John Berger

John, it’s been over a year since the election, over a year since Ash and I found out we would have a child. It’s a few days until the anniversary of your death. I still find myself waking in the witching hours, thinking as though speaking to you.


I imagine what you thought of our American election, the rise of nationalism across the world. You would have been able to observe it before you died. Not being American, and being a complex realist, you saw America clearly, a vortex in the human sea, sucking in raw material both human and non, drawing nations into its orbit. At its center, capitalists ready to bully or kill anyone, in search of profit. Against them are arrayed the poor of the world in their leaking boats, going about their lives, defeated but not destroyed, despairing but continuing on, children carrying stones.

Last year we lived on a farm for a season. We went there seeking what you captured in your writing: contact with the sustenance of life, a peasant awareness and embeddedness, living from the body, from the gut. There we met chickens pecking around the trailer where we lived, fields of crops we planted and harvested, in a little valley with a river running through, pines and firs on the ridges, the white of snow in the high places. Hawks and vultures wheeling, a heron flapping home from the smoking pond in the dawn.

We also met farm owners who, it became increasingly apparent, were self-interested, manipulative, narcissistic, profit-motivated. As the season wore on, we saw more and more how they were willing (perhaps even compelled) to tear anyone down for their own self-aggrandizement, and to use the land as hard as possible, to treat their workers with as little respect as possible, while extracting as much wealth from labor and the land’s bounty as possible. All this behind the facade of doing good by community and land by way of sustainable agriculture.

Ultimately, we left that place of a sudden, packed our things and got out, unable to sustain ourselves any longer, even forgoing the financial rewards we were due. Not good capitalists, we chose freedom, a privilege not all have, though not without its costs (we were just married, broke, all our possessions packed in a rusty old pickup.)

In hindsight, I see we were living by a different metric than those people, who operated under a hierarchy of profit and power. It should not be so surprising, in this period of human psychosis, to encounter these types, who purport to do good and build their self-image around it, while inside they are cancerous.

The mockery of the election season coincided with our farm season and they were well fit, I now see. Because in the candidates we had the avatars of that psychosis. We were asked to choose between the id and the ego of chauvinistic human consciousness.

On the one hand, a left-leaning candidate who would say all the right things, support the right humanitarian and progressive causes, and who would certainly not have signed any right-wing tax plans or health care repeals, but who was so clearly bought and paid for, by Monsanto among all the others, who would see the world covered over by solar panels and wind farms just to keep the progressive expansion of the economy rolling, a meat puppet for the clicking mechanical artificial intelligence that is the modern corporation.

On the other hand, a florid example of self-interest and narcissism, superficiality and cynicism, racism, sexism, xenophobia – a fearful con-man who believes his own line.

Self-interest could be defined in a broader view, that takes into account land and ocean, sky and weather, non-human beings, human communities, in which we are all inextricably enmeshed. True self-interest would promote health in these things, and would come from the body, its basic needs, food, shelter, clean water, connection, human touch, story and song. But in our contemporary definition, self-interest is based in numbers and abstractions and demonstrations of power; it is now synonymous with solipsistic self-involvement. Having our needs met becomes having them met opulently, a million times over, while others go lacking, and having the difference seen and acknowledged. It means demonstrating power over others, as through sexual harassment and other demeaning abuses. It means spinning any encounter or slight to your perceived advantage, life as a nasty game of checkers. It means always making sure your numbers in your bank account are going up. All this as a hedge against the howling void, within and without. Trump is an empty shell of a person, constructed around nothing, a vacuum that threatens to consume the fragile facade held together by twisted logic and force of will and fear of dissolution.

We should not be surprised, because this is the end result of a culture that sees the world in this way: material to be used, the human consciousness all that really matters, and a few more than the rest. For all our reasonable head-shaking pundits and gestures toward freedom and egalitarianism, as long as we see the world as an ever expanding economy and measure its worth in dollars, we are on a continuum, and Trump is our best example.

John, it is just past the winter solstice, 6 AM and still black outside. The engines moan on the highway. I write in the early morning, before the sun comes again, while in the other room my wife and infant daughter are sleeping. This is the hour when children sleep, and fathers wake to worry over their future. All these thoughts come tumbling out of me when I wake and give the baby her pacifier back and look at her placid face, her quiet purple eyelids, her down of hair. I think you might have agreed with some of my assessments while you were alive, though I certainly wouldn’t have had to tell you. Now, you are dispersed in the world. Proof to the likes of Trump and the rest of us that there is nothing great to fear there, as better ones go their way and dissolve, while their words and memories remain with us, bind us to the past and the land and the dead, give us a gentle hope in these witching hours.
at 7:45 AM